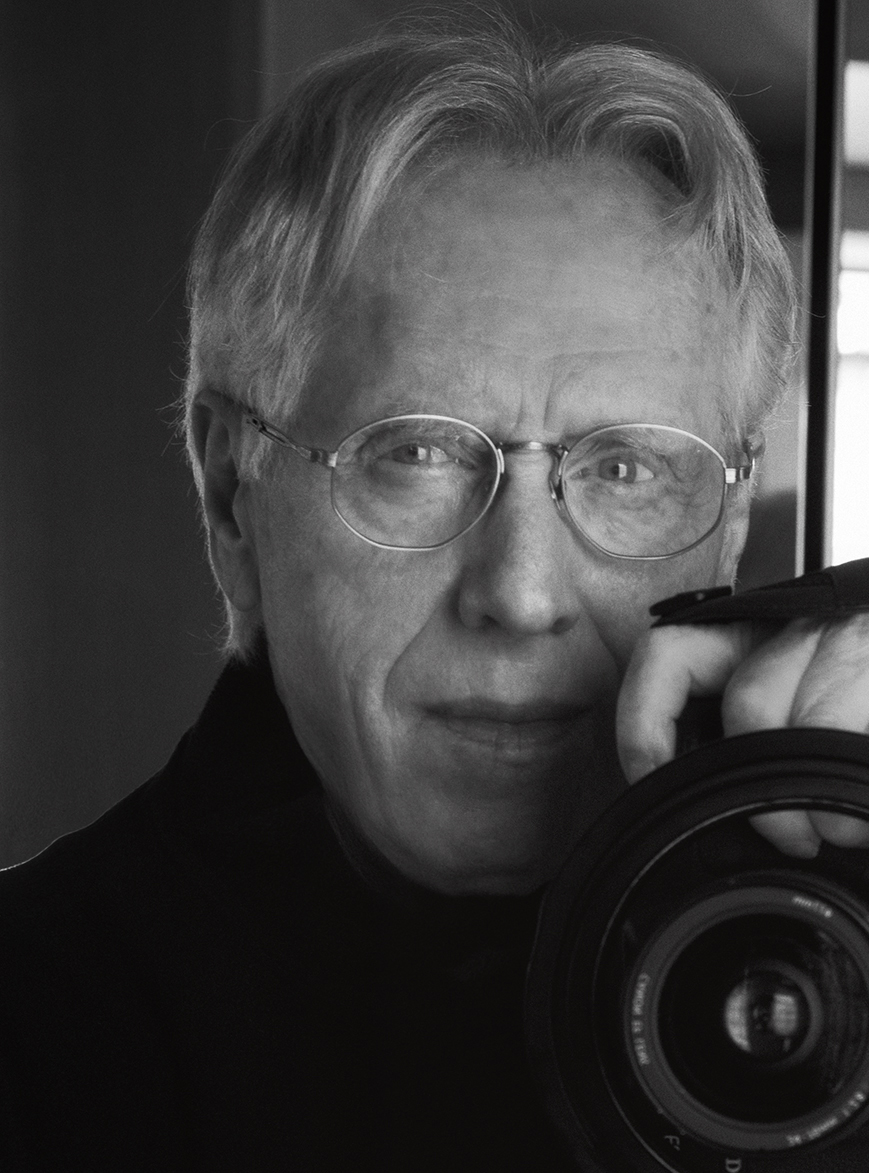 Melvin Sokolsky was born and raised in New York City where he started his distinguished career as a stills photographer. At the age of twenty-one, photographer Melvin Sokolsky joined the prestigious staff of Harper’s Bazaar, whose art department was then led by legendary art director Henry Wolf. Wolf, enjoyed challenging Sokolsky. “I didn’t hire you for my ideas, I hired you for your ideas.” Sokolsky went on to produce some of the most innovative fashion images of the 60s. Perhaps most notably his 1963 Bubble Series, in which he depicted the fashion model floating above the urban scenes and landscapes of Paris in a transparent spaceship-like sphere. Women flying effortlessly through the air, rooms constructed as to appear upside down, household objects magnified to colossal proportions-these are all elements of the bizarre universe of Sokolsky’s memorable photographs.

1962, Sokolsky photographed the entire editorial content of McCall’s Magazine, a first in its time.

1964, Sokolsky was invited by the School of Visual Arts in New York to teach a special class at his studio in New York.

1972, Sokolsky versed in all phases of special effects and cinematography, presented a computerized zoom lens that he designed to the Academy of Arts and Sciences. The system was subsequently nominated for an Academy Award.

1975, Sokolsky was invited by the Japanese Graphic Society to lecture in Tokyo and Kyoto, and was subsequently named Honorary Professor of Photography.

1991, the Victoria & Albert Museum mounted a show called “Appearances,” that is slated to travel around the world. The book “Appearances” is available in the United States.

1995, Canon USA named Sokolsky as one of their “Explorers of Light,” to lecture and photograph internationally. The Fahey Klein Gallery in Los Angeles and the Staley/Wise Gallery in New York City represent Mr.Sokolsky.

1997, Staley/Wise installed a major show in their New York gallery entitled “Ideas.” In 1998, Carla Sozzani installed a show of Sokolsky’s photographs at her prestigious gallery, Corso Cosmo 10, in Milan.

2003 The Louvre Museum celebrated the work of Melvin Sokolsky featuring his iconic image of the Bubble on the Seine on the poster for ~ A Paris, La Mode Est Capital `Ecole Du Louvre. VilleDe Paris ~ Cours Public Et Gratuit.

2010 Real Simple Magazine celebrated Melvin Sokolsky with a one man show at the Axelle Gallery in New York. Melvin Sokolsky “Archive” a tribute to a half a century of his work and his exquisite new 472 page book which is a book collector’s dream.

PERSONALITIES DIRECTED AND PHOTOGRAPHED BY SOKOLSKY

Sokolsky has directed many campaigns for major political figures. Presidents…Governors…Mayors